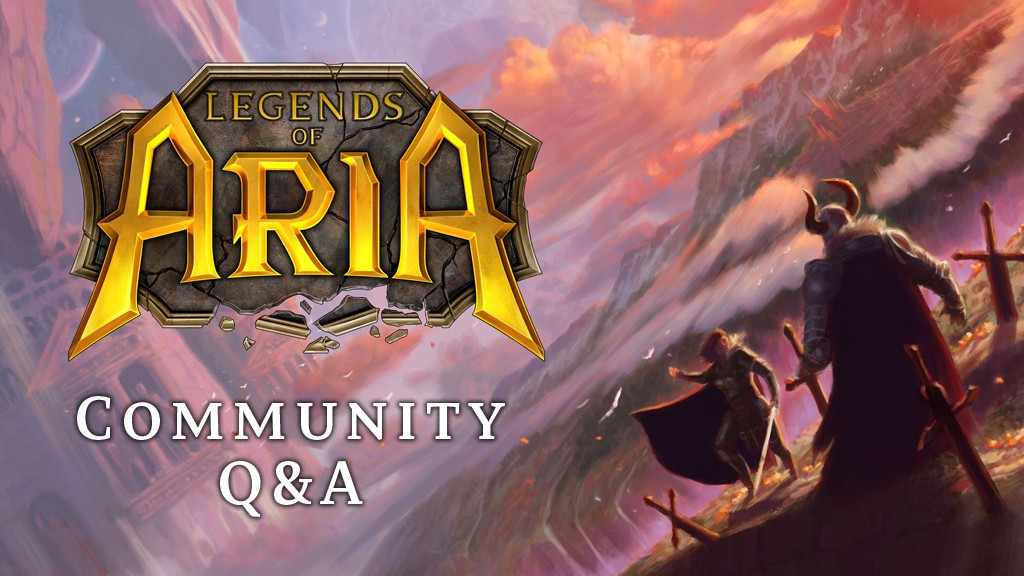 We had a great turnout at the last Twitch stream (you should check it out, if you missed it!) and covered a lot of material. We also had an in game event at the end of July, but we had terrible technical problems and it was difficult to understand. So, instead of sending the link, we’ve pulled out the good stuff and lightly edited the material for clarity and to reflect the latest changes. Enjoy!

Derek (Supreem), Jeffrey (Miphon), James (Grim), Gregg (Zenroth) representing Citadel Studios. Most of the talking was done by Derek and Jeffrey, of course 😉

On the graphical overhaul:

Obviously everybody knows about the graphical overhaul. This was something that we felt was really important to the game before we launched. Throughout the internet, there are a lot of people that say the game looks retro and and I don’t ever want this game to be considered — now, we have a lot of stuff that feels old-school, and that’s great! We’re bringing back good stuff from the old school. But I don’t think the game should look old school so that was our reasoning for having our artists spend a ton of time going over the whole world and making it look more beautiful. Hopefully y’all think it paid off! I absolutely love the water; I just sit there and fish sometimes.

On the Great Tree:

On the town shops:

The town shop revamp! So one of the biggest problems that we had especially with limited stock was it was really hard to tell what was for sale. I remember in CB1 when we first turned it on, we had we had the limited stock turned on. When something was sold out it would just disappear so you’d walk into a shop and it would be completely empty. So, yeah, time to make sure the shops look nice and make it really clear and easy to tell what’s for sale.

So this is our effort towards getting you guys more storage. It also makes it kind of fun because your horses can die. So, yeah, it’s an interesting way to bring things around with you. Along with that we fixed a lot of the bugs with weight, so hopefully it’s a lot harder to kind of hack the system and carry around tons of weight. If you guys are finding ways to do that, please let us know.

On the login screen:

The login screen has been revamped into something much prettier. We really aspire to ascend out of the indie space. We’re always gonna be an indie studio, but we won’t want our game to use “indie game” as an excuse for a game that doesn’t look good. I think the login screen helps with that quite a bit; it’s the first impression everybody sees.

Crafting orders now in closed beta 2. We’ve got crafting orders for fabricators too, which is awesome. Carpentry is coming soon; that’s gonna be awesome.

Fast travel; we can talk about this one a little bit because there’s definitely a lot of thinking that went into what we did for CB2. It’s not necessarily the final solution, but it’s closer. So you know we really wanted people to feel like distance mattered. We were trying not to let people just mark ruins wherever. In a game with housing it’s really kind of important that you can get people to your house quickly, otherwise the value of your house is severely diminished and makes it so that only people with locations like houses right near the teleport tower are really any good. So we decided to do the marking the runes thing.

The reason why we went with portals only is because we still want magical travel to be a little bit difficult. Keep in mind we do have bind portal stones so warriors can still get to town. And you can also bury runes, so if you don’t have the portal spell, the rune becomes a consumable item so you just have to make/acquire lots of them.

Dungeons got a little overhauled. Not just for the dungeons, it’s all the points of interest just about every mob in the game drops different kinds of things. There was a period there we overhauled weapons and armor. The drops were lacking severely and we made a pass at fixing it in dungeons, so hopefully you guys are liking that stuff.

Stamina! We have modified stamina to address some things which players have been complaining about. This concerns run speed, attack speed and closing out fights in PvP.

We want to give warriors some really meaningful decisions to make in how they use stamina.  We wanted to create a distinction compared tomana usage for mages; i.e we didn’t want warriors to be dependent upon a pool, but it works in the same way in that it can dictate momentum in an encounter. The way PvP fights have been bearing out since the change has been a lot of fun.

Mages have a limited pool of mana which skilled players will use sparingly, converting it into high damage spells when they’re on the offensive and usingly it conservatively when on the defensive for heals and restorative spells. Stamina now operates similarly, but unlike a mage, a warrior is far from ‘spent’ when he is out of stamina. We’ve a fundamental disliking for combat built around “oh, this is off cooldown, use it, now THIS is off cooldown, use that.” We want warriors to have very meaningful decisions, but a softer risk/reward perhaps than a mage for burning all of their matches too soon. You can still run, you can still hit, you can still do the same damage — you’re just running a little bit slower and you’re swinging a little bit slower as well.

There’s lots of very meaningful decisions. You’ve got lots of options to close out a fight and to really try and take someone down, but at the same time you’re investing quite a lot of yourself into those decisions and it’s quite hard to come back from them,

We’ve also made some changes to weapon abilities, chiefly chance to hit. This change is addressing the issue where new players were taking advantage of weapon skills straight out of the gate. This is to add a great element of progression to player characters and remove the ease of using special abilities on scratch characters.

We’ve also got some new special abilities as well. Mortal Strike, which is a great fight closer as upon application your target is unable to heal themselves for a small period of time.

Some of the other changes affect the user interface and player actions: Some abilities have moved to the skills window. This was a quality of life change in order to get more useful skills and abilities available to player without having to use handheld tools. Hiding has also moved to the skill window.

We’ve got blank books now, so you guys can read books and share them with people. You put them in your house and then lock them down people can read them. It’s really cool.

One thing that has changed is how you buy blueprints. So it used to be all shops sold all the houses. Now there’s different housing blueprints for sale, and different shops in different towns have different houses. The high-end houses are not for sale in any of the main cities. As of today, no one’s actually mentioned the locations yet, so let’s keep it a secret.