Eagle-eyed players stalking the company website may have noticed some new names. I’ll be posting their introductions in the coming weeks. This week, meet our newest programmer. Our team has a number of remote employees, but Gregg is REALLY remote, out there in Alaska. Here is his bio. — SMW

Gregg is a veteran of the software and game development industry, and lover of nearly forgotten concepts like risk vs reward in games. After spending years in the dark chambers of sorcery at Intel where he helped create the next generation of CPU architecture, Gregg left behind the towering corporations, instead founding Retromite, where he created and released games to the world at large across desktop, console, web and mobile platforms.

While not creating new constructs, Gregg contributed to one of his long-lived insanities called Ultima Online. Working in the private server scene, he developed features and led the staff for Angel Island (which was founded in 2004 by the long time UO veteran, and guardian of the undead lords Adam Ant of Napa Valley fame).

In recent years while bouncing around the United States seeking new adventures, the latest being the frigid lands of the midnight sun, he has remotely managed the dev team for Glowing Eye Games enabling their continued conquest of the card and board game space on mobile platforms. Blinded by the glare of the endless white landscape, he somehow crashed into the gates of a towering Citadel, and having neither silver or gold currency to pay for damages, is working off the damage by once more weaving the dark arts of MMO code development for the keep’s lord, aka “Supreem.” 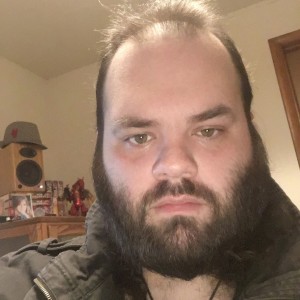